When my sister was in middle school, her best friend replaced her with someone else. She and my sister had been friends for so long, and just like that my sister was cut out of her best friend’s life. It wounded my sister to the core. She had invested and poured so much into this person, but was so quickly forgotten. We moved shortly afterwards, and my sister recoiled from the idea of having to make new friends. Instead, she found isolation a much more easy and safe option. Isolation became, not a hospital, but a fortress for her wounded heart. She knew she wouldn’t be hurt again if she just didn’t open the gates.

God created human beings with a need for community. As we talked about last week, community isn’t just a nice commodity to make life more pleasant, it’s a human necessity. Today’s passage is in Ecclesiastes, and is almost always used in a marriage context, but it’s meaning runs far deeper than romance. Since our God is Himself a community of love, we—as his image bearers—are created to enjoy and have community with each other. While reading verse 10, which says, “For if they fall, one will lift up his fellow. But woe to him who is alone when he falls and has not another to lift him up!” I’m reminded of Proverbs 27:17 which says, “Iron sharpens iron, and one man sharpens another.” There is an inherent safety mechanism built into human society. We lift up our fallen brother or sister, we go back for the person in trouble, we come alongside people in need. Helping others is part of our mandate as God’s creatures. Isolation doesn’t make us more protected or more secure; the community that seeks to build us up does.

Proverbs also warns us about the danger of a person who isolates him/herself. Proverbs 18:1 says, “Whoever isolates himself seeks his own desire, he breaks out against all sound judgement.” I’ve found in life that often, when I make a decision I regret further down the line, I made it because I’d been spending too long in my own company. Our grasp of reality, or normal proportions in life naturally slips when we isolate—wise and godly people ground us in the truth.

One of the biggest tools the Devil can use to trick or deceive you is distance from accountability and community. By seeking our own desires without checks or balances, we ignore the truth in exchange for a comfortable, fake reality we generate ourselves. We as Christians, no matter how painful or scary, need to constantly show up and love others as a way of staying in God’s true reality. Withdrawing damages us, and it damages those we could be loving. It might be awkward and unsettling at first, but godly community is where real growth happens—there is no DIY substitute.

A wise person once told me it’s pointless to withdraw from relationships for fear of being hurt. In a sense, almost every relationship you will have ends in pain. Whether by death, or breakup, or just change, our relationships will always cause us some pain in the long run. But the alternative is far worse. As C.S. Lewis put it,

“Love anything and your heart will be wrung and possibly broken. If you want to make sure of keeping it intact you must give it to no one, not even an animal. Wrap it carefully round with hobbies and little luxuries; avoid all entanglements. Lock it up safe in the casket or coffin of your selfishness. But in that casket, safe, dark, motionless, airless, it will change. It will not be broken; it will become unbreakable, impenetrable, irredeemable. To love is to be vulnerable.”

The fact that some people are only in our lives for only a season is a beautiful mystery, and we cheat ourselves of God’s purpose in our lives when we isolate ourselves from community and loving others.

Humble your heart—take some time and pray, asking God to reveal an area in your life where you seek your own desire and retreat from loving others. Ask God to give you the courage to invest in community, even when it’s scary and painful. He is for you, and He is with you. 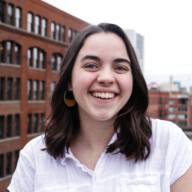