It’s hard to admit when we don’t know the way to a destination or to admit when we’re lost. Once I was driving a friend to school in an area I wasn’t familiar with. Getting there was no issue, because my friend knew the way, but getting back with no help proved to be a problem. It only took a few wrong turns and I was completely turned around. I went straight for a while and, since nothing was familiar to me in the first place, I didn’t know I was lost. Finally, I pulled over and called someone for help. Somehow, I ended up an hour in the wrong direction. If I had only admitted I had been lost sooner, I could have gotten help before I was in the next town over.

In John 14:1-14, Jesus had just announced that He would be leaving soon. He reassured His disciples that He was not leaving forever, but He will come back to bring them with Him to the place He that he has prepared for those who follow Him. I can imagine the disciples being visibly distraught and probably confused when Jesus said, “And if I go and prepare a place for you, I will come again and will take you to myself, that where I am you may be also. And you know the way to where I am going.” (v. 3).

You can almost feel the disciples’ panic at these last words, “you know the way”, when Thomas blurted out, “‘Lord, we do not know where you are going. How can we know the way?’” He’s admitting he wouldn’t know a way without a physical Jesus to follow. It seems that the others are in the same place, as Philip says, “‘Lord, show us the Father, and it is enough for us.”

As followers of Christ today, we need to rely on Christ as the mediator of our heavenly Father. Rely on Christ—not only as your heavenly GPS—but trust that He Himself is the way. This is confirmed for us when Christ says, “Whatever you ask in my name, this I will do, that the Father may be glorified in the Son. If you ask me anything in my name, I will do it.”

Do you feel lost in life? Maybe lost in busyness, pressure, and stress? Take a moment to pause, clear your mind, center yourself on Jesus, and place your trust in Christ again. Allow your thoughts and intentions to be aligned with His thoughts, like Jesus allowed His thoughts to be aligned by the Father’s. He is the way, the truth, and the life, and we can experience that truth through prayer, surrender, and obedience to His words. 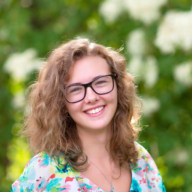