When we look out at the world around us, it quickly becomes clear that things are not as they should be.

We witness the terror of war: the destruction of cities, human casualties, and the displacement of families from their homes. We hear stories of the horrors of human trafficking, people of all ages robbed of their personhood. We see the suffering and destitution of our neighbors without homes, stricken with hunger and mental illness, while those with wealth seemingly stand by.

As we’re confronted with this darkness on a daily basis, we’re left with the sobering reality that the source of all of this suffering is essentially human.

When a society refuses to acknowledge God, the future is grim. Paul tells us that God gives that society “To a debased mind to do what ought not to be done,” (Romans 1:28). Between verses 24 and 28, Paul uses the phrase paredōken (translated as “gave them up” in ESV) four times. This word literally means “to deliver over.” Usually, it’s used in a judicial sense, where one is delivered over to be judged, condemned, or punished in some way. Interestingly, Paul is not the only apostle to use this word. In fact, this same word is used in Matthew 27 as Pilate “hands over” Jesus to be crucified.

If you’re familiar with the scene, Pilate offers a strange ultimatum to a mob that has gathered before him, with each member waiting eagerly for his pronouncement of so-called “justice.” The terms are simple. He will release one of two men from prison back to society: a notorious man named Barabbas, or Jesus, the man who claimed to be God.

The crowd is unpersuaded. They cry out to crucify Jesus in the place of Barabbas, making it loud and clear that their minds are already made up. Pilate seems troubled by the uproar, and in order to avoid an insurrection, he grants the request of the mob.

But in a peculiar moment, Pilate washes his hands in front of the crowd and both symbolically and verbally communicates that he will have no part of what will happen after this moment. It’s here that Pilate “hands over” (paredōken) Jesus to his persecutors.

It would seem, according to Paul, that there comes a moment where a society can become so wicked, so contrary to God’s will, that God delivers them over to their sin. In response to the uproar of the wicked people before him, God washes his hands and allows humanity to do their worst. He relinquishes responsibility with the assurance that He will have no part of what comes next—and the outcome is deadly.

This picture does not offer us much comfort, but it does give us an explanation for the wickedness we see in the world around us. History is full of societies as evil as the one that Paul is describing here in Romans. But the people of God are called to be set apart from such societies—not to merely withdraw and to hide away, but to live according to the Gospel of Jesus Christ rather than the standard of the place and time in which we live. We must resist the urge to conform, and fight for those that are harmed most by those who live unjustly.

Where do you see injustices in your community? In your state? In your life? How can you resist the urge to conform to the standards of the world around you and instead live for Christ alone? 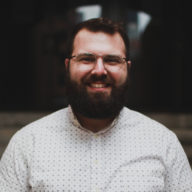 Hello! Would you mind if I share your blog with my facebook group?
There’s a lot of folks that I think would really appreciate your content.
Please let me know. Many thanks

Elizabethreply
– In reply to: blog