By now, I think a lot of us have been able to figure out that Disney has fed us quite a few skewed messages. For example, wishing upon a star doesn’t make all of our wildest dreams come true, and real love typically doesn’t happen after only a week of knowing someone. But one thing Disney did get right was when Jiminy Cricket reminded Pinocchio to, “Always let your conscience be your guide.” Luckily for Christians, our conscience is led by the power of the Holy Spirit, not just a cricket.

Universally among Christians, the Holy Spirit guides us to live according to God’s Word in our speech, conduct, and thoughts. There are certain guidelines that every follower of Christ must adhere to, but, the Holy Spirit also leads believers to certain convictions that may not necessarily be written in black and white or required for every single Christian.

Convictions are not meant to add to or take away from the law, but instead, are meant to cushion us from falling into sin. In Paul’s world, when he wrote the book of Romans, some of his readers came from a background of Judaism. In Judaism, certain foods were considered “unclean” and were forbidden to partake in. Through the death and resurrection of Christ, the old law had passed away and all foods were now considered clean. No longer were the old stipulations of the law required, but in Christ, freedom reigned. Within this freedom, though, Paul realized that some believers would have a hard time pressing into that freedom and delighting in foods that were now clean. For this reason, Paul implored these Christians to follow their Spirit-led consciences, so that they would not place guilt upon themselves, even though these foods were no longer forbidden. Personal convictions both keep us from stumbling into sin and protect us from self-inflicted guilt.

As brothers and sisters in Christ, we must respect one another’s personal convictions when they are based on conscience. If we push others to violate their conscience, we are no longer walking in love, according to Paul. We must also be careful to not make a mockery of the convictions others have or try to convince them that they are not important.

Rather than becoming bogged down by legalism and high standards, we as fellow believers should push each other towards “righteousness, peace, and joy in the Holy Spirit” (14:17). Yes, convictions are good and a gift from the Holy Spirit to keep us from stumbling, but we must be careful not to push our personal convictions onto others, forcing our opinions to become equal with the law of God. Instead, we must encourage each other in our convictions and respect the convictions of others.

Are there any things the Holy Spirit has been convicting you about, things you have ignored? Or, have you been trying  to push your own convictions onto others? Or, tried to convince someone else that their convictions didn’t matter? The Holy Spirit gives us convictions for a reason, but we must also  rest in the freedom Christ has won for us and not bog ourselves down with legalism! 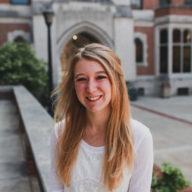