In 1955, Jim Elliot and four of his friends made contact with a violent tribe in Ecuador, called the Huaorani. Even though the Huaorani were known to be violent, Jim Elliot and his friends wanted nothing more than to bring the Gospel to them. After half a year of flying a plane above the Huaorani, giving them gifts and attempting to speak to them in their own language, the men made the first steps to meet the tribe members in person. Tragically, on January 8, 1956, the Huaorani killed all five of the missionaries, leaving their families without husbands and fathers. As sad as this story is, these five men are an inspiring example of what it’s like to love those who are hostile towards us.

Years later, Jim’s wife, Elizabeth, returned to the tribe and God used her ministry to convert many of the Huaorani, even some who were involved in the death of her husband! Even though Elizabeth had every reason to hate the Huaorani, she chose to love them as God does, and lives were changed for eternity. This example of love finds parallels in Scripture. Indeed, that is the very place these missionaries themselves learned to love.

In Romans 9:2-3, Paul makes an astonishing statement. His sorrow and unceasing anguish for the Jewish people was so strong that he wished he could suffer in their place. What was the cause of his sorrow? It seems to be because the Jewish people had every reason to have faith in Jesus, yet they rejected Him.

The people of Israel were given God’s presence in the Temple, they were given the patriarchs (the fathers of the faith), and God treated them as His children. The Jewish people had an intimate relationship with God, yet when the true Messiah appeared, Jesus Christ, they rejected Him and put Him to death. Now they were in danger of being cut off from God. This is the opposite of the confidence given to Christians in Romans 8:31-39.

No wonder Paul was so sorrowful! The people he loved were in danger of eternal separation from God! Paul’s willingness to exchange his own life for the Jewish people is shocking. Would Paul really be willing to take their place and be cut off from God himself? The language Paul uses is reflective of the very thing Jesus did for us. “But God demonstrates his own love for us in this: While we were still sinners, Christ died for us.” Though we were enemies to God and sinned against Him, Christ became a sacrifice on the cross so that He could save us. This shows us the greatness of God’s love. Although Paul could not do this for the Jewish people, Christ already did, and Paul desperately wanted them to realize that. Let’s never forget that Christ not only died for them but for literally everyone else. Let none of us forget that the reason we are saved is because Jesus put His life on the line for us.

Think of the people in your life who don’t know Jesus. Do you care for their salvation as deeply as Paul cares for the Jewish people? Ask the Lord to help you love them as He does. Ask Him to help you show that kind of love to them. Then, go and show them! 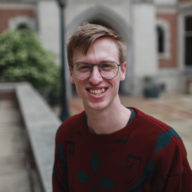