Growing up, I didn’t watch a lot of sports; I was always more of a bookworm. But once in a while, I would catch a basketball game or football game with friends. Inevitably, the conversation would drift to who was the G.O.A.T. – the greatest of all time. My friends who were actual sports fans would spout statistics off the top of their heads, each person presenting their case for why a certain athlete was the greatest player in the sport.

One day, I was watching an interview with Ricky Hatton, an up and coming boxer who was scheduled to fight Manny Pacquiao, a seasoned and decorated opponent. He boasted his trainer was a boxing legend and that he himself had the speed, agility, and strength to end his opponent’s winning streak. But when the two boxers met in the ring, this boastful young boxer was knocked in the second round. All of his braggings came to nothing.

Personally, I can’t relate to boasting about athletic ability. I had asthma as a kid and my athletic record only includes a year of basketball in the fourth grade. But I remember developing a reputation in junior high and high school as someone who was knowledgeable in a lot of things. I began to tie my identity to that reputation. But when I transferred to another high school, I was suddenly surrounded by students who read more and often knew more than I did. It was a shock that revealed that I had tied my identity to my achievements. Like the knockout punch that humiliated Hatton, that realization humbled me.

David, the shepherd boy who defeated the giant Goliath, is a towering figure in the Bible. Why did God choose him to be king after Saul? Was it because of his skill with weapons? Was it his military prowess? Was it his polished rhetorical skill? The answer is, “no.” If he was anointed king after all of his accomplishments, he probably would have tied his kingship to his actions instead of giving credit to God. But God told the prophet, Samuel, to anoint him to be the next king of Israel even before he had done anything. His new identity as the king of God’s people was given to him; he did not earn it.

Don’t we sometimes view our salvation this way? The misconception is that if we do enough good things, then we’ll be given a ticket to heaven. Even if we don’t believe that our works can save us, we sometimes fall into the trap of thinking and acting like our works can keep us saved. But Paul reminds us in Romans 3:27 that, in reality, we are saved and stay saved by grace through faith alone; our achievements and bragging count as nothing. He wanted to show that the same God who saves people who had been given the law saves those who were not. The salvation of all is based on God’s goodness alone.

In our modern world, this is a foreign idea. We work to get what we want and we prove ourselves to those who can give it to us. But no one, whether Jew or Gentile is saved by works; all men and women are saved through faith. God is God to both Jews and Gentiles. One’s identity is tied not to their own works, but the work of Christ and the life found in Him.

Can you think back to an instance before you were saved when God showed His grace to you? Have you tried to maintain your identity in Christ through your own works? Take some time today to thank God for your new life given through Christ on the basis of His goodness. 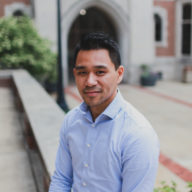