God establishes a covenant with Noah in this passage. In order to do so, Noah built an altar and sacrificed some of every clean animals and birds. Previously, we talked about why animals are sacred to God and why we shouldn’t unnecessarily kill them. So why are people killing them as a sacrifice and why is it pleasing to God!?

In the Old Testament, in order to pay for the people’s sinful actions, the Jewish people had to sacrifice an animal and offer it to God on an altar by burning it. This action marks the fellowship of God and His people and the acceptance and favor of God. It also atones for the sins of the people (Ezekiel 45:15). This means that these people would become cleansed or purified.

An amazing thing happened in the New Testament. A little Jewish boy was born in a stable in Bethlehem and his name was Jesus. He grew up to tell people about the real way to please God and have everlasting life with him. He also performed miracles and healed people. Then, to fulfill the prophecy in obedience to God, he became the ultimate sacrificial lamb. This was the ultimate agony in the Garden of Gethsemane.

Jesus was charged as a criminal and sentenced to be crucified as His punishment. He carried a wooden cross all the way up Golgotha, which means “place of the Skull” in Greek, just to be hung on that cross and humiliated and mocked. He hung there and cried out, “Eli, Eli, lama sabachthani?” which means, My God, my God, why have you forsaken me? After Jesus died, a soldier pierced His side with a spear, and blood and water poured out.

This all fulfilled the prophecies in the Old Testament. In Exodus 12:46 (& Numbers 9:12), it talks about how the bones from animal sacrifice should not be broken. In a crucifixion, it is a ritual to break the legs of the criminals in order to speed up the process of death. But Scripture says that not a single one of Jesus’ bones were broken (John 19:31-36).

Another Old Testament Prophecy is in Leviticus 17:11 where it says, “For the life of a creature is in the blood, and I have given it to you to make atonement for yourselves on the altar; it is the blood that makes atonement for one’s life.” This was fulfilled during the Last Supper when Jesus shared a final meal with the twelve disciples. “Then He took a cup, and when He had given thanks, He gave it to them, saying, ‘Drink from it, all of you.This is my blood of the covenant, which is poured out for many for the forgiveness of sins’” (Matthew 26: 27-28).

We no longer sacrifice animals today because Christ became the sacrifice for us! We never have to worry about pleasing God with a burnt offering because Christ did it for us. Our sins are paid for already. That’s what makes His death so beautiful.

Christ’s sacrifice for us is something we need to remind ourselves daily. Take some time today and read through Christ’s death in Luke 23. Read with the thought in mind that Jesus is our sacrificial lamb. 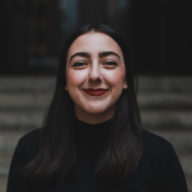