When I was younger, I volunteered with my church, painting the home of one of our elderly shut-ins. There were only a few of us, but the bathroom really needed a new coat of paint. The owner had chosen an ugly orange color that was now peeling and was kind of gross.

We were painting the room a neutral cream color to open up and freshen the small, moist room. We prepared the wall and started painting, but the paint did not easily cover the orange. All we could do was keep painting until the hideous orange disappeared. I think we put about seven coats of paint on the walls of that tiny room before we could no longer see the orange.

As we enter into the climax of Cain’s story, we can see that it isn’t hard for God to cover Cain’s sin. Cain had given a poor offering, killed his brother, and now showed no remorse for his actions. Any normal person would have abandoned him by now. But not God. Our God is not one to abandon His children, leaving them with the gross and dirty color of their sinful lives.

In verse 13, we see Cain cry out to God. Some commentators believe the Hebrew could be translated, “My sin is too great for the punishment given. You have driven me from what I know and from yourself. It would be better for me to die or whoever comes near me to exact the punishment I deserve.” Cain is realizing that his sin is far greater than the punishment the Lord has given him. God is merciful and gracious, and Cain has a hard time accepting that.

How often do we struggle to accept the grace and mercy of God? For me, I want what I deserve. I am too proud to not get what should be coming to me. But so often I forget that what I really deserve is death. Cain did deserve to die, but instead God said, “No you are My son, and I decide your punishment.”

Cain’s punishment might seem lax compared to what he deserved, but that is still a huge change to everything Cain had known. He was forced to leave his home, his profession, the presence of God, and live a nomadic life. That could not have been an easy transition.

Again though, God showed his blessing through divine discipline. God gave a mark to Cain that showed to all that he was God’s child and under His divine protection. As a sign of grace and love, God told him that anyone who harmed Cain would receive vengeance sevenfold. God made it clear that no one was going to hurt Cain. No one can go against the Lord.

God is not one to leave us to our own devices. He is the perfect Father to imperfect children. God desires us to come back into rightness with Him, and He will do whatever it takes to make that happen. Cain is not left alone to die but sent off with the sign of divine protection.

God desires to have you in His family. If you are already a Christian, ask God to show you when you stray and remind you that of His protection as he draws you back to Himself. If you would not classify yourself as a Christ-follower,  maybe today will be the day that changes. There is no sin too big or too horrendous for God to save. He has seen all and knows all, and loves you anyway. Pray that the Lord will make Himself known to you. 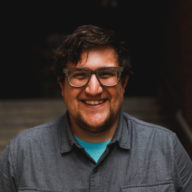