Jim Elliot was a typical kid from Oregon who graduated from Wheaton College in 1949 with a desire to be a Christian missionary. After graduation, Jim trained to go to the jungles of Ecuador to preach Christ to an indigenous people group called the Huaorani, who had not heard of Jesus. When he finally went to Ecuador with a small team of four other missionaries along with their wives and children, he was overjoyed. Less than a year after his team arrived, Jim and his four missionary friends were speared to death by the Huaorani Indians. Their wives and children were left behind. But remarkably, their families didn’t give up. Jim Elliot’s wife Elisabeth Elliot, along with other missionaries, continued to evangelize to the Huaorani Indians. Eventually, they were able to lead many of them to Christ, including some of the men who had killed Jim and his friends. Today the Huaorani are no longer an unreached people group and the story of Jim Elliot is widely told as a testimony to God’s saving power.

1 Peter 1:6 says, “In  this you rejoice, though now for a little while, if necessary, you have been grieved by various trials, so that the tested genuineness of your faith, more precious than gold that perishes, though it is tested by fire, may be found to result in praise and glory and honor at the revelation of Jesus Christ.” Like Jim Elliot, we also experience challenging trials as followers of Jesus. Although we may not all die for our faith like Jim did, we will have to persevere through tough circumstances that test our faith. But knowing why we endure all our trials makes it all worth it. 1 Peter 1:9 tells us that it is all for obtaining the glorious outcome of our faith, the salvation of our souls.

If Jim Elliot and his team had gone to Ecuador for a cause other than the gospel, their sacrifice wouldn’t have been worth it. But because they understood the immeasurable worth of salvation, they were willing to die so that other people could have the chance to obtain it. If we have put our trust in Christ, then we have received that salvation! In speaking of future glory, we possess everything, as 2 Corinthians 6:10 tells us. This means that we have every reason to have joy! Furthermore, because we possess everything, we “rejoice with joy that is inexpressible” as 1 Peter 1:8 says. Despite the pains of this life, we know that we will soon be able to celebrate in heaven with God forever. He will take away all our sorrow and fill us with fullness of joy in His presence. That is our future reality and knowing that is what gives us joy as we walk through the temporary trails of this life.

Consider your future reality in Christ. Think about what it means to have received the free gift of salvation. If we have repented and put our faith in Jesus, then we are rescued from future eternal separation from God forever in hell and brought into Christ’s marvelous kingdom! As you live today, ask God to give you a better appreciation for the salvation He has so graciously given you. 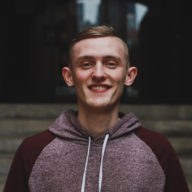